As I sat waiting on the examination table to begin my annual physical, I browsed the Internet from my iPhone on the office’s FREE Wi-Fi. At the time I thought, this is the worse, but then I heard screaming from a nearby room. My doctor walked into my room prepared and ready to go with a series of questions to determine my reason for coming in. I immediately started to wonder if paying $35.00 for 5 questions was worth it. After that fun exercise, I proceeded to browse the Internet again when I noticed items that had me concerned about my well-being at my doctor’s office. The things I noticed lead me to believe that my doctor was trying to kill me (unintentionally, of course).

As I sat there assessing the office’s security posture, I noticed that the application used to update patient records, the X-ray machine and other important equipment were ALL running Windows XP Professional SP1, which is riddled with vulnerabilities. In addition, an unencrypted external storage device and HP print server were screaming for someone to connect to them. These devices were both communicating over an open Wi-Fi that broadcasted its Service Set Identification (SSID) to everyone. Just when I thought it could not get any worse, it did: there wasn’t any logical or physical separation between the WIRED and Wi-Fi networks for the doctor’s office (connect to one, get ALL). Since IT security assessments are what I do daily, I immediately started to feel uncomfortable. After discussing my concerns with the doctor, they allowed me to investigate a bit further (with the appropriate documentation/signature of course).

A deep dive of the findings revealed:

They’re Doctors not Security Professional and rightly so.

At first I had to remember to “CALM DOWN!” The doctor’s office follows the Health Insurance Portability and Accountability Act (HIPAA) of 1996 right???? For those that don’t know, HIPAA includes a set of provisions called Administrative Simplification that is aimed at improving efficiencies of the health care systems to include:

“Standardized electronic transmission of common administrative and financial transactions (such as billing and payments).

Privacy and security standards to protect the confidentiality and integrity of individually identifiable health information” (Department of State Health Services, 2010).

I hit the doctor with the vulnerabilities, impact and likelihood of a breach—one, two punch—in a scenario-based example. After releasing my findings to the doctor, I could see the blood faded from his face. I assured him that detecting vulnerabilities is easy; protecting is the challenging part.

What can an attacker do based on this Scenario-Based? Here is a few at a glance activities:

Another alarming concern is that the attacker could increase/decrease the prescription dosage of a patient’s medication or modify test results for incorrect prescription/testing recommendations from the doctor in order to cause harm. As a result of inappropriate modifications, the doctor may prescribe a lethal dose of medication and/or conduct the incorrect procedures on his/her patients. Upon learning about the risk to the office, my doctor shared the findings with his information technology (IT) group to address the various risks and vulnerabilities.

What I found is that medical providers are more concerned with the accuracy/timing of test result data while equipment vendors are more concerned with the sale of the latest types of medical tests/new equipment (i.e. IT equipment). Some Organizations are not as concerned with IT security, which is weird if you think about it. Data integrity is critical because it relates to test results, but how reliable is the integrity and confidentiality when an attacker could modify anyone’s record without their knowledge due to vulnerability in the doctor’s systems?

Luckily for me, my doctor is AWESOME and had those issues resolved by my follow-up appointment. They even went a step further by implementing active directory, user IT security awareness training and full disk encryption to protect patient data stored on all office devices. Now, IT security is on the radar of the doctor’s office staff. So the next time you visit your doctor’s office, you may want to check to see if your doctor is trying to KILL YOU, TOO.

Security professionals, let’s help our doctors are SECURE in their practice. Let’s become the “IT Security COALITION of the WILLING.”

Become ONE
Your Success is Our Goal 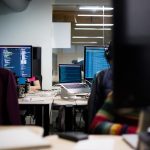 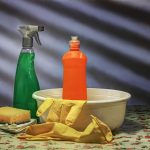 Why custodian HATES IT Security? 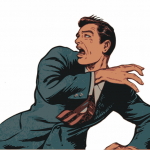 Why is my Doctor trying to KILL ME? 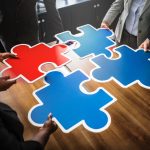 Where do you fit in the realm of Information Security field?